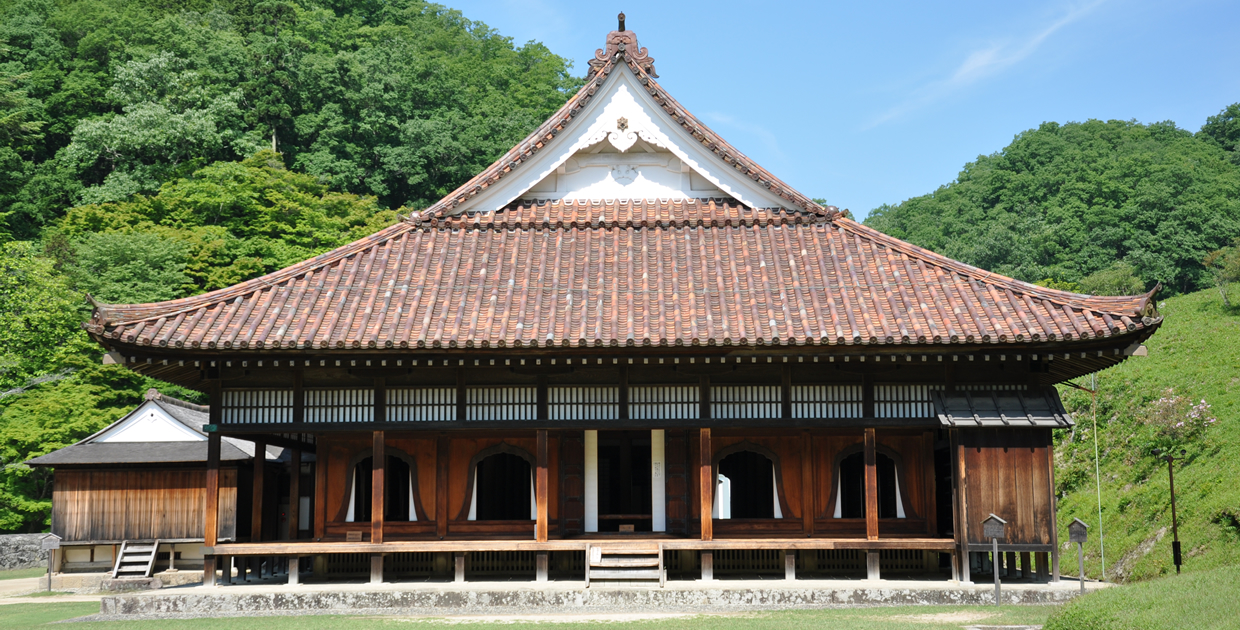 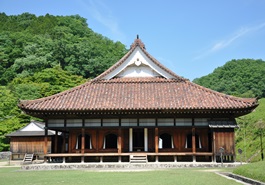 The kodo at Shizutani Gakko was constructed in 1701. Inside, there are ten round pillars that create an interior room about 30 m2 in size, surrounded by a cloister.

Shizutani Gakko is Japan’s oldest goko school. It was founded by Ikeda Mitsumasa, daimyo of the Okayama Domain, in 1670. When Mitsumasa first came to observe the Shizutani area, he praised its tranquil hills and streams, declaring it the perfect spot for scholastic pursuits and deciding to create a school to train the future leaders of the area.
Mitsumasa passed away 1682, but not without willing that the Shizutani Gakko be carried on forever in his absence. The mission was picked up by his chief vassal, Tsuda Nagatada, who spent some thirty years bringing the school to completion in 1701. The robust, magnificent look of its structures today has changed very little since Nagatada’s day.
Shizutani Gakko was progressive in that it primarily provided education for the common people while also accepting pupils from the warrior class and other regions. The people of Okayama were strong supporters of the school, which was notable for its ability to endure repeated changes to Japan’s educational system. Painstakingly designed and constructed with stand the test of time, it (as well as the natural setting around it) survives in fine condition as an example of the buildings of the time. The kodo auditorium is the only educational building to be designated as a National Treasure by the Government of Japan.

This school map was created by Takemoto Kunryu, a teacher at the school, in 1813. It was designed to be used with visitors when explaining the founding of the school and giving an overview of the facilities. 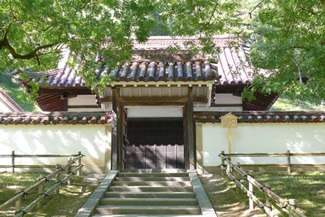 The seibyo at Shizutani Gakko was constructed in 1684 to honor Confucius, the father of the system of academic study long taught at the school. It contains a gilt bronze statue of the great philosopher. 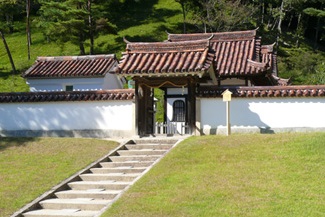 Tsuda Nagatada had a shrine built to honor Ikeda Mitsumasa and his ancestors, in the hopes that the school might carry on in perpetuity. The structure was completed in 1686.