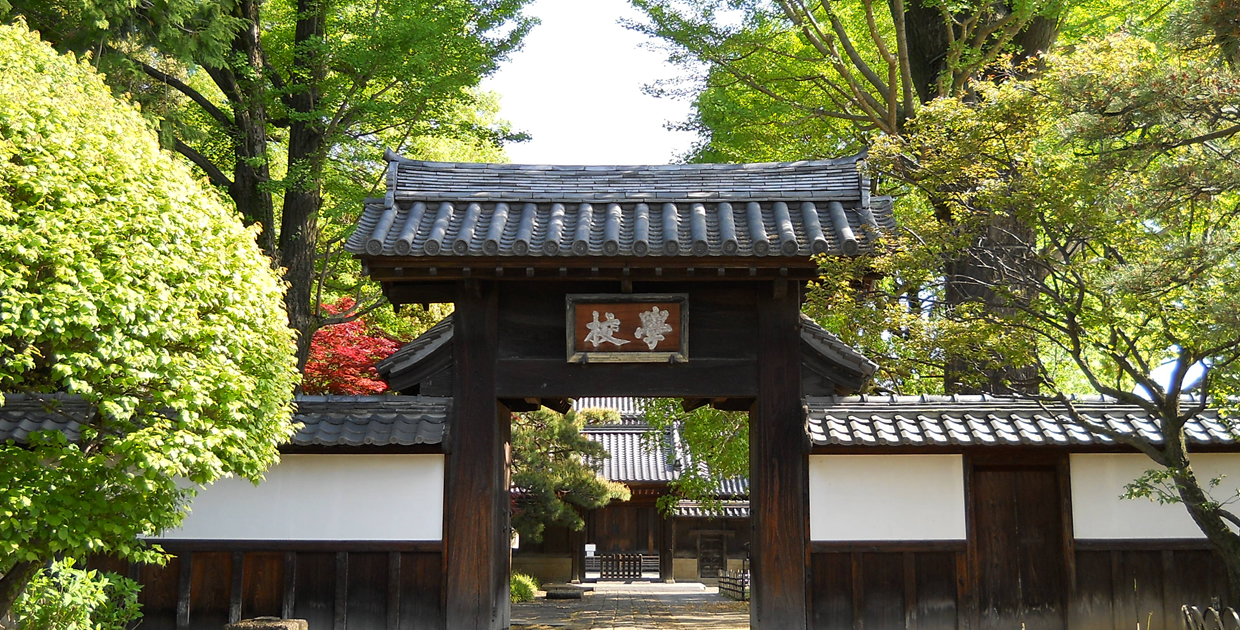 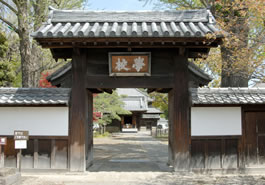 A framed inscription reading gakko (school) in old-style characters hangs over the school entrance gate, which stands as a symbol of Ashikaga Gakko today.

There are competing theories as to how Ashikaga was founded, and we still have no definitive answers. The first concrete mention of the school in the historical literature appears in the mid-Muromachi period, when Uesugi Norizane, the shogun’s deputy in the Kanto region, is said to have restored it.
Norizane contributed commentary books on the Five Classics texts of Confucianism and other Chinese classics to the school, inviting a headmaster from Kamakura to formulate its rules and statues. The Ashikaga School later became known as an open school across Japan, and when the Catholic missionary Francis Xavier came to the country in 1549, he described it as “Japan’s largest and most famous school” in his correspondence. Ashikaga thus became widely known overseas as well.
Japan enhanced its educational facilities as it entered the Edo period, and the role of the Ashikaga School as an educational institution gradually waned. The shogunate continued to offer its patronage to the school, however, as a temple of learning and a place that had carried the torch of ancient and medieval Confucian studies into the early modern era. As a result, the koshibyo (shrine dedicated to Confucius) was built and school structures were repeatedly restored. The school maintained a firm presence in the academic community, with Confucian scholars and other men of learning traveling from around Japan to peruse its valuable literature collection. 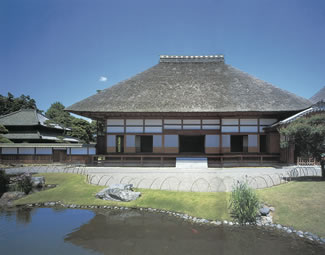 The hojo building was restored in 1990 based on excavation findings. The style of the hojo comes from Zen temple architecture. 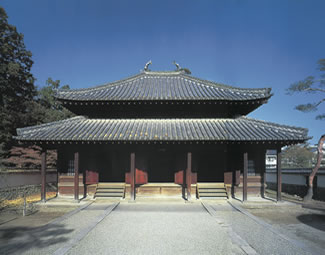 The taiseiden at Ashikaga Gakko is Japan’s oldest shrine to Confucius, erected in 1668. It is said to be modeled after the Confucian temples of Ming China. 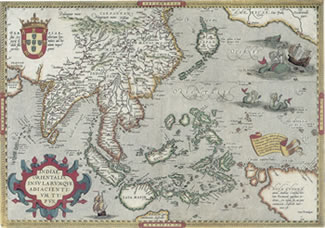 This map of the East Indies was created by the cartographer Abraham Ortelius. It was first printed in 1570. The Japanese landmass looks much different than it does on modern maps, but the inscription Bandu Academia refers to the Ashikaga Gakko, which was considered the seat of learning in the Bando (now Kanto) region. 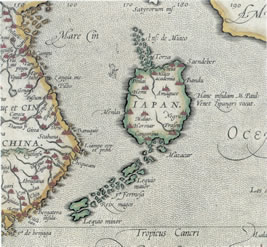